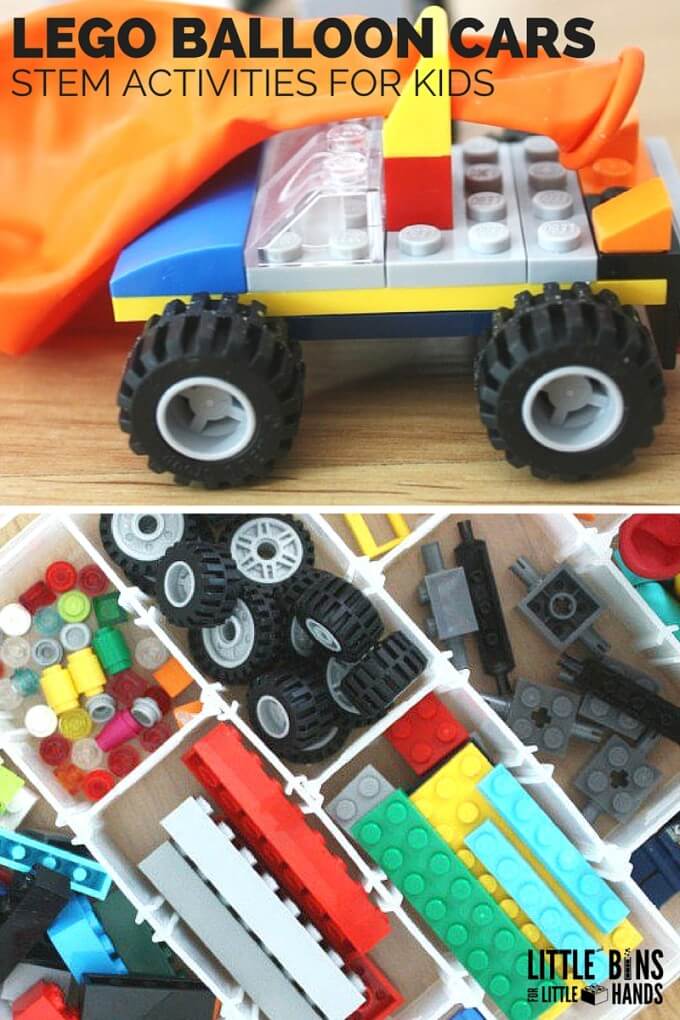 In class we will be continuing learning all about the engineering and design process. How we first ask the questions and define the problem, next brainstorm and think of ideas, then come up with a plan, next create and last but not least, we improve.

I got this great idea from Little Bins for Little Hands. I wanted to create something fun with Legos and I thought this was the perfect idea. Design and build different Lego cars and then race them with balloons. I think my little scientists are going to love this.

So”Lego” your mind and start to EXPLORE!

Also- don’t forget to check out all of my awesome book lists to go along with each lesson. Just click Books of the month on the sidebar menu. 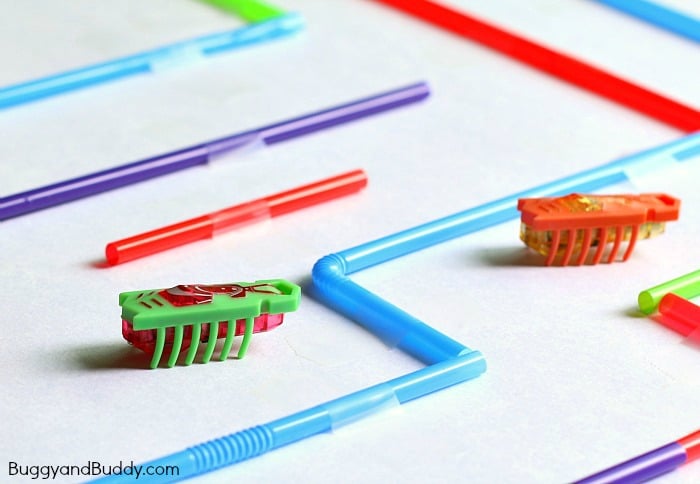 In class we will be learning all about engineering and what STEM is and why we need it. We will focus on Engineering, Technology and the Application of science and how all of the fields of STEM are linked together.

BuggyandBuddy.com gave me a great idea. I wanted to teach my students all about engineering and the design process. What other to do that than with Hexbugs? So fun! will be making Hexbug mazes out of straws, tape and poster boards and using the design process. I’m super excited for this lesson because the students will be doing their first stem challenge this year and I always love a good stem challenge. Get ready to get in “Gear” for success in science! I sure do love your students a whole “bot!” Haha!!

One Grain of Rice: A Mathematical Folktale by Demi

The Magic Toolbox by Mie Araki

Violet the Pilot by Steve Breen

Oh No! (Or How My Science Fair Project Destroyed The World) by Mac Barnett

The Wild Robot by Peter Brown

The Reinvention of Edison Thomas by Jacqueline Houtman

The Invention of Hugo Cabret by Brian Selznick

BONUS: Visit an SURC-ET: Southern Utah Robotics Coalition event OR be involved in the Junior First Lego League @ North OR visit an automotive or mechanic shop

In class we will be building and engineering with PVC pipes, legos and snap circuits. Get ready to “gear up for success”, because this is your “shortcut to awesome” in science class.

Thomas Alva Edison (February 11, 1847 to October 18, 1931) was an American inventor who is considered one of America’s leading businessmen. Edison rose from humble beginnings to work as an inventor of major technology, including the first commercially viable incandescent light bulb. He is credited today for helping to build America’s economy during the nation’s vulnerable early years.

Inventor Thomas Edison created such great innovations as the practical incandescent electric light bulb and the phonograph. A savvy businessman, he held more than 1,000 patents for his inventions.

The World Is Yours To Explore!